On July 9th of this year I sold three Kujaku to a client and offered to raise them in one of my growing ponds for the season. I offered to do this because it was my first time to have Omosako Kujaku and in truth I was unsure what to expect. For the size that they were I felt the price was too high and actually questioned if I had done the right thing buying them in the first instance. For the benefit of the client I thought if I can at least get some more body on them his chances of selling them would be greater.

Most of my growing ponds had already been allocated at this point so no matter which pond I chose there was some kind of compromise being made. In the end I chose to put them with the Omosako Shiro Utsuri that had been released a week earlier. The two compromises this presented were;

One thing working to counteract my concerns was that Kujaku have a different feeding behaviour to Shiro Utsuri which tend to be scatty feeders. Kujaku are more like Chagoi and stay at the surface once there. Despite the compromises I knew they would still grow so in they went.

After a month in the pond the change in the body of all three was clear to see. One however was holding it’s own with the Shiro Utsuri which were growing at an exceptional rate. The colour was softening which I expected due to no colour food being used but overall I was happy with the progress. As the season progressed it was clear that two of them were being hampered by the competition in the pond but there was little that could be done about it.

By the end of September I had changed the diet in the pond due to the falling temperatures and the focus was now on conditioning instead of growing. I was using Coppens health food at this stage mainly focusing on improving the shiroji of the Shiro Utsuri.

The client came to collect the fish on 24/10/19 and it was the first time I had all three fish out of the pond for inspection since they went in there. I suppose the only thing to say about them is WOW! The small ones had grown to 30cm and the biggest one was 37cm all with good strong bodies. 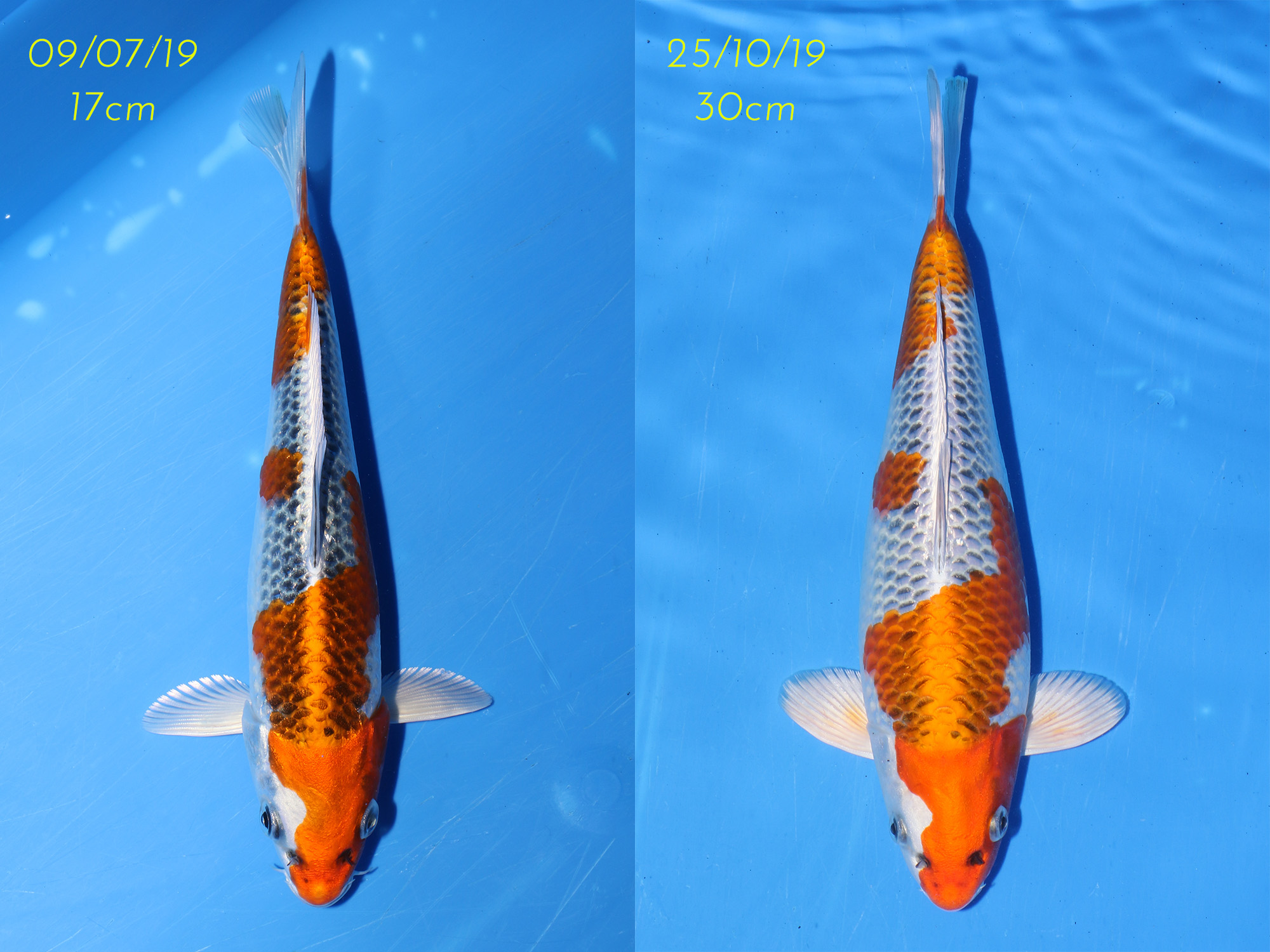 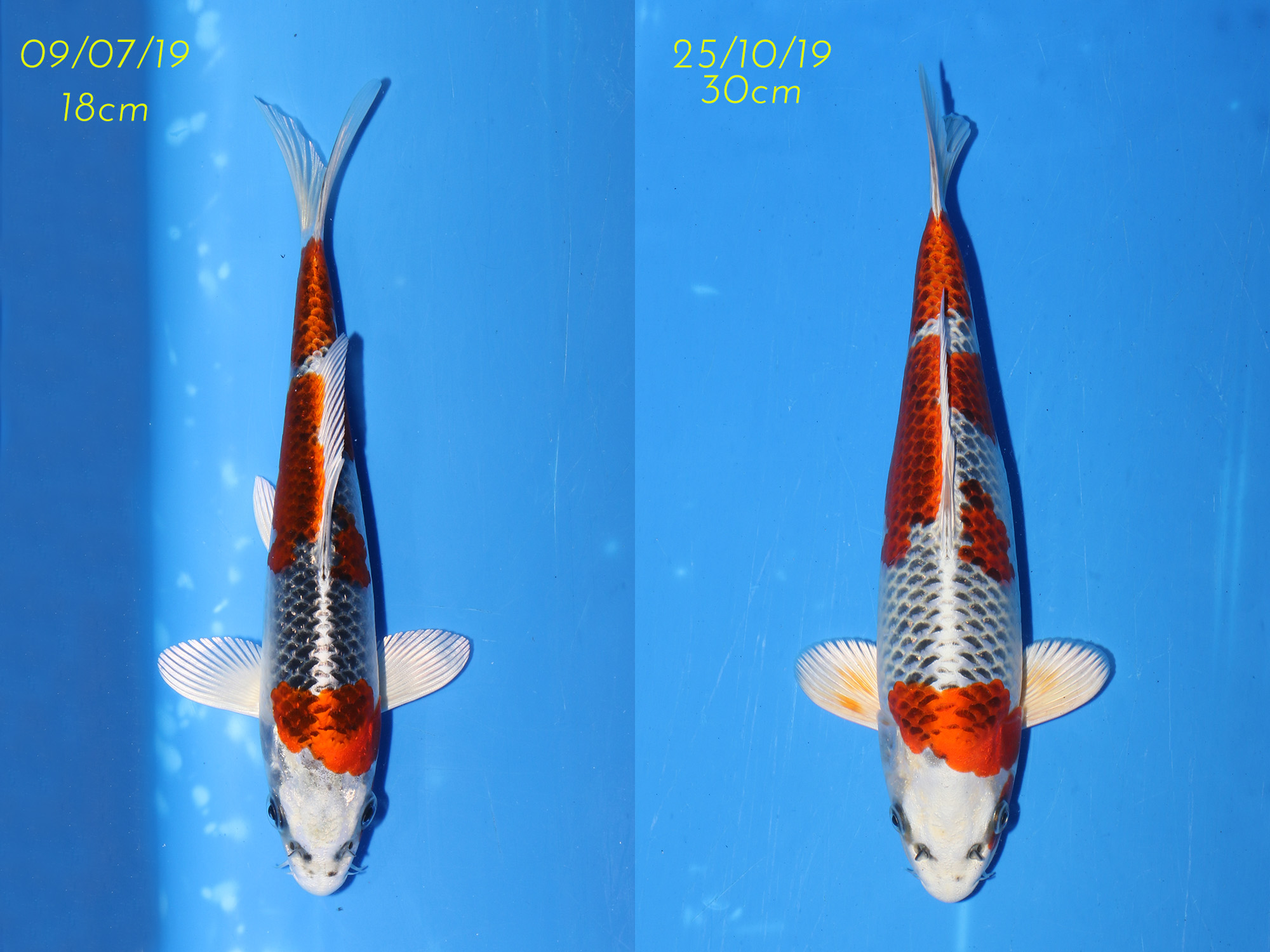 For me the biggest shock was how they had progressed, Kujaku have a nasty habit of darkening too quickly in the UK. Body shapes are also an issue because as a variety they can become too fat very easily. Omosako seem to have corrected all of this and made super Kujaku, I’ve never seen such strong lustre throughout the whole body. I’m quite happy to hold my hands up and say “I underestimated them in a big way”.

It goes without saying that the client was delighted with the results!