Today I parted with one of the best nisai that I have raised at Koi Wholesale this season. A client had previously seen the fish and asked to purchase it and I declined to sell it, my plans were to grow it for another season to realise more of it’s potential. That same client was visiting today and pointed the fish out again, at this point I knew it wasn’t going to end well for me.

Back in March I selected sixty superb Shiro Utsuri from NND’s new hybrid line which was a mixture of their original lineage with Omosako. I was very keen to see how they would fair compared to the original lineage fish so all sixty were placed in to one of my main raising ponds. Amongst them were four Ginrin examples that really showed a lot of potential but in truth, being Ginrin, I expected them to lag behind and suffer as a result of the other Koi’s dominance. 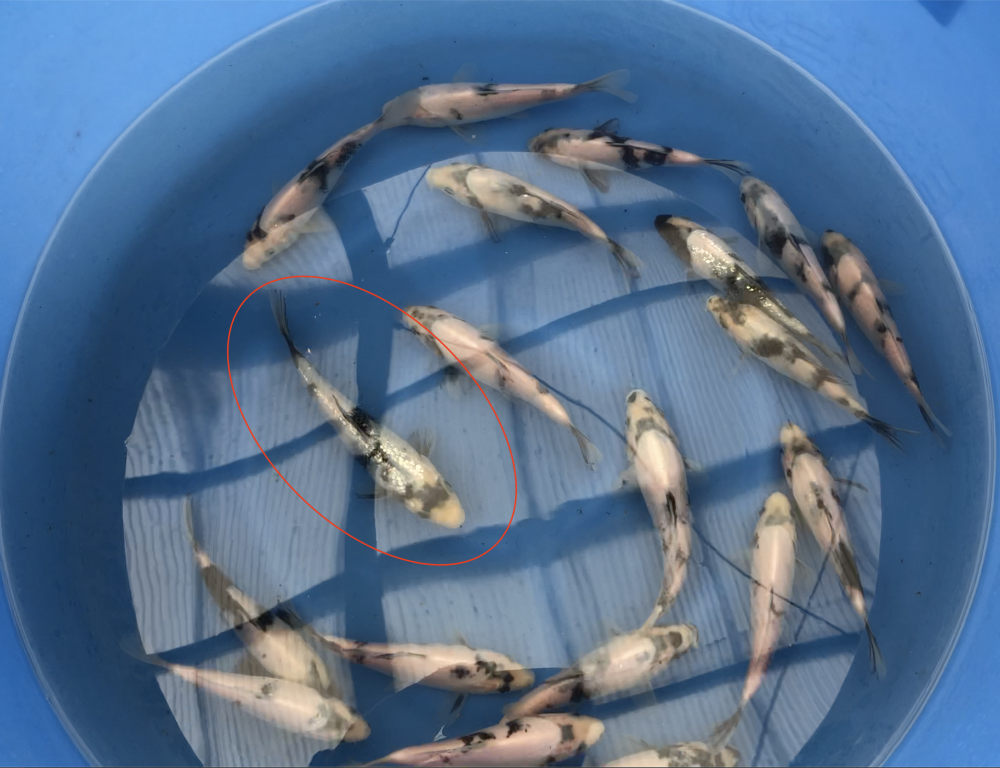 All throughout the season the fish have been progressing incredibly well and to my surprise the Ginrin Shiro Utsuri not only kept pace with the others but two were actually growing faster than anything else. The Koi in question here has consistently been the biggest fish in the pond and no doubt caused some of the other fish to fall behind.

All of the fish originally measured 13-17cm and today this Ginrin Shiro Utsuri was a whopping 44cm. Having been released into the 3500 gallons raising pond at the end of April along with the other 59 residents the growth has been considerable. More importantly however it has gained considerable volume, comparable to that achieved in a mud pond. 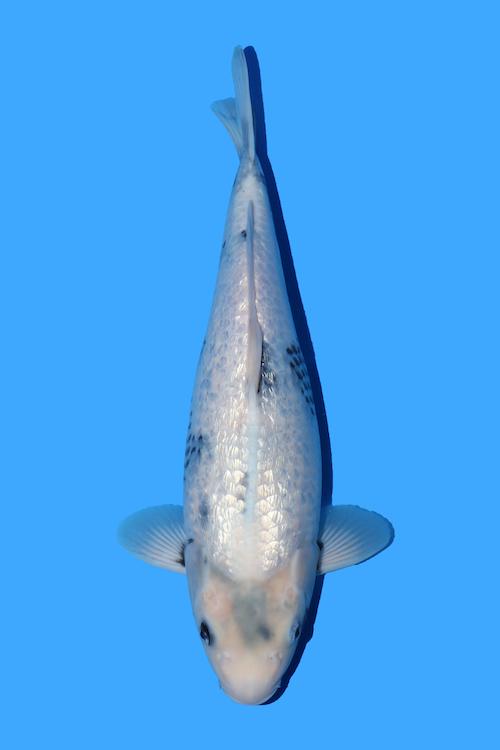 The development is inline with that I expected, the sumi fell off most of the fish in the height of summer as water temperatures were at their highest and the fish were growing intensively. Over the past months as temperatures have fallen the sumi progression has been good and I expect it continue strongly over the rest of the winter season. The pattern potential is clear to see from the picture of it back in March and combine that with the incredible body, skin quality and size potential, this will be serious Koi in future.

The Koi has been sold to a dealer that has the right facility and plans to raise it further, it’s also a good area of the country for sumi development. So hopefully I will be able to keep track of its development in future. A single result like this from sixty fish is more than enough for me, the fact that there’s so many other top fish to come out of the pond is just a bonus.