Flash Back Friday - Spawning in Japan

The spawning season has been underway in Japan for a while now with some breeders already starting on their second crop production. With that in mind todays flash back Friday takes me back to 2009.

It was the third summer that I had been in Japan for work experience and on this occasion I had the chance to witness spawning for the first time. Up in the mountains of Yomogihira at Marusho Koi Farm several different sets of oyagoi were put together after a busy morning preparing all of the nets.

On this particular occasion a special moment in history was created as one of the Sanke parent sets contained a new female from Sakai Hiroshima. This would be a major step in the progression of the Marusho Sanke and the first time that "foreign" blood had been introduced into the Sadazo based lineage.

By the following morning all of the 6 sets had spawned successfully and finally the breeder could relax a little. 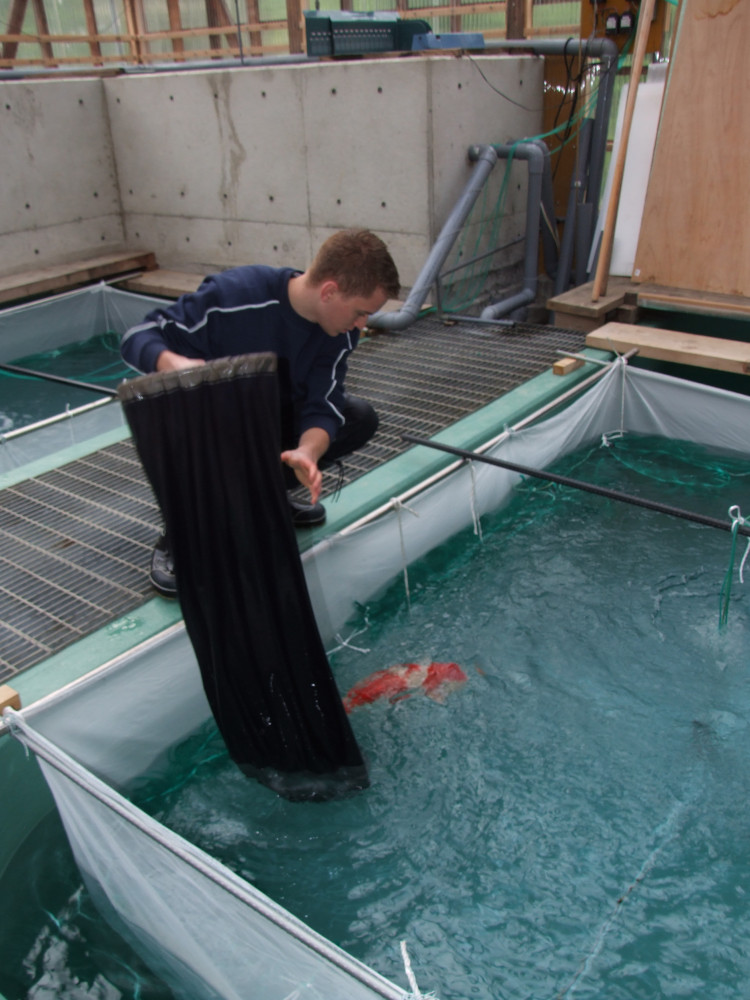 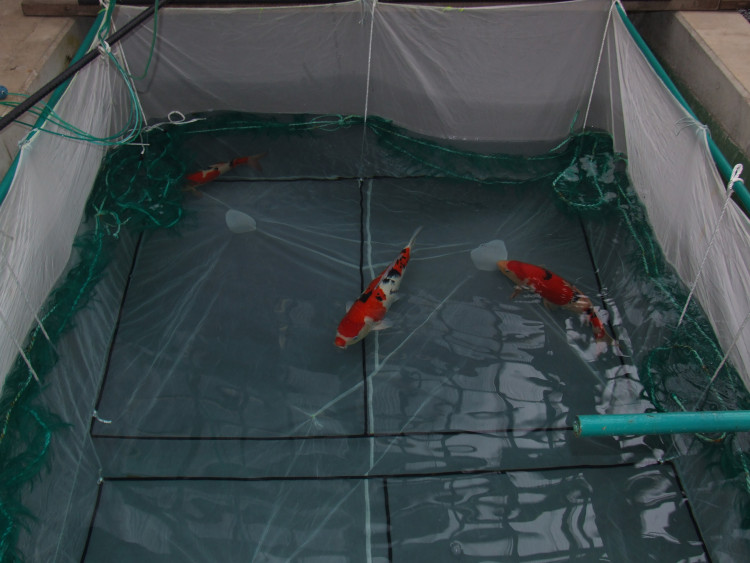 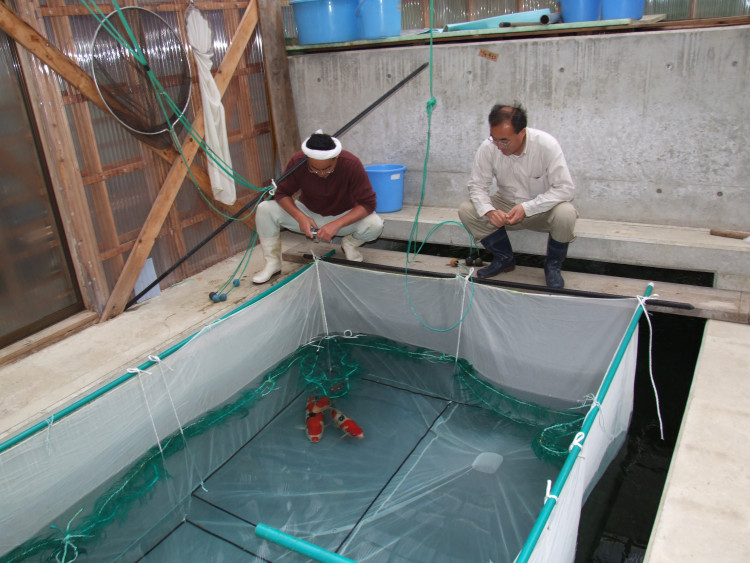